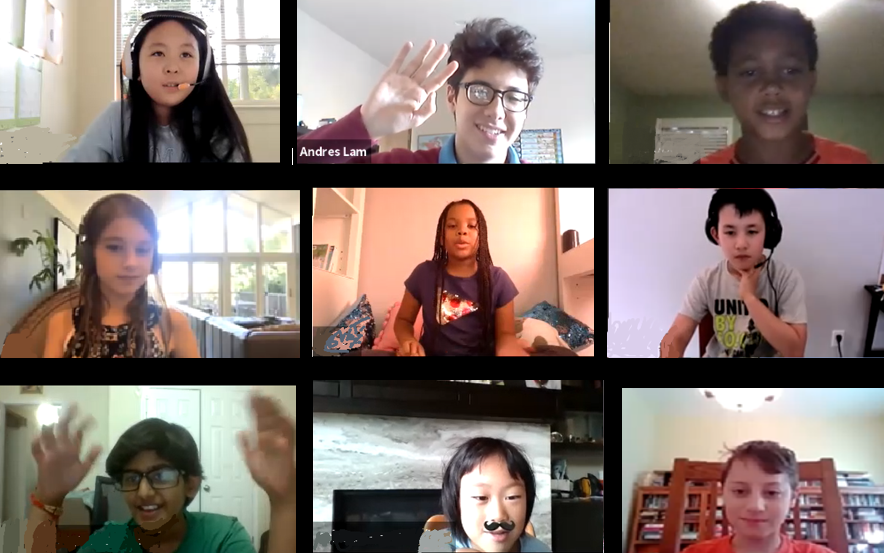 MORE than just screen time.
DebateAble Online Clubs are an opportunity for kids to connect with each other in a meaningful way, learning powerful debate skills like critical thinking, public speaking and  teamwork, in a supportive, fun environment. Guided by dedicated, experienced coaches, debaters play games,  debate relevant topics, and consider issues from more than one  perspective in a positive, fun environment. Just 8-12 kids per club lets every voice be heard.

Learning to debate with civility is integral to all lessons.

No experience necessary for most clubs. Just show up ready to learn and have fun.
Scroll down to CLICK on the DebateAble Club that's the best fit for your child!

Introduction to debate is for any third grader or rising third grader who has a lot to say or who is still finding their voice. Students participate in debate games and activities, discussing and debating issues relevant to their age group. Emphasis on public speaking and building confidence. No experience necessary.
Topics and lessons vary every club session.

(Students must have completed at least one session of Intro to Speech and Debate.) 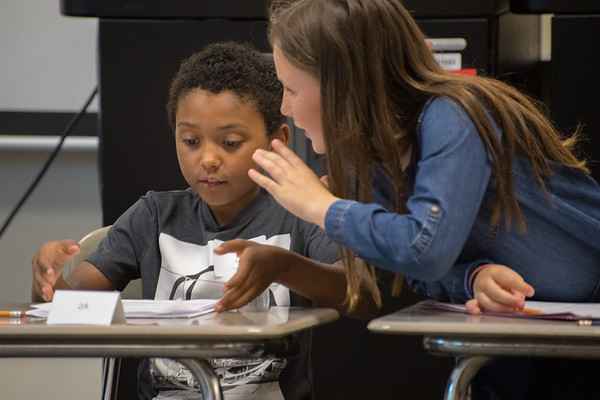 Clubs for 4th and 5th graders at all levels. Students learn and practice debate format and skills through lessons, activities and argumentation. Students are encouraged to think outside of their own opinions and listen actively to others. Emphasis on the development of arguments and refutations. No debate experience required.
Topics & lessons vary every session. National online tournament April 29! 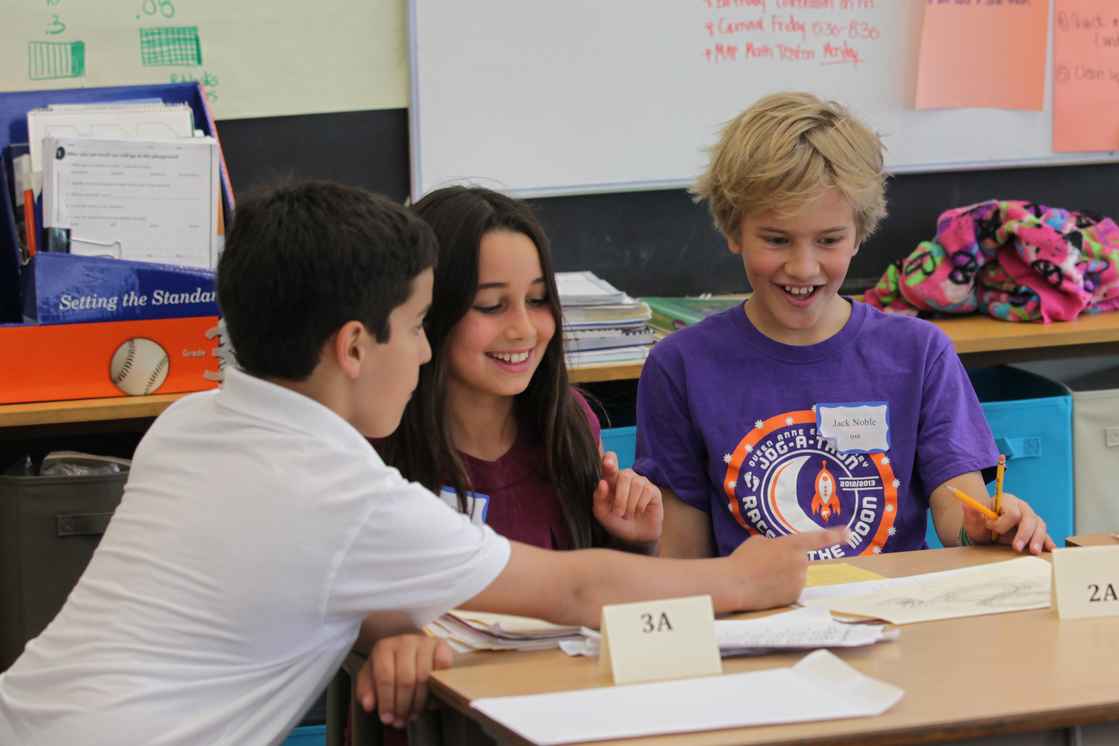 Clubs for fourth and fifth graders with at least two prior DebateAble sessions. Activities and debates focus on higher levels of reasoning and argumentation, exploring topics with greater depth and continuing to practice and expand skills learned  in Multilevel Debate. Coaches challenge advanced students to continue to grow as thinkers and debaters. 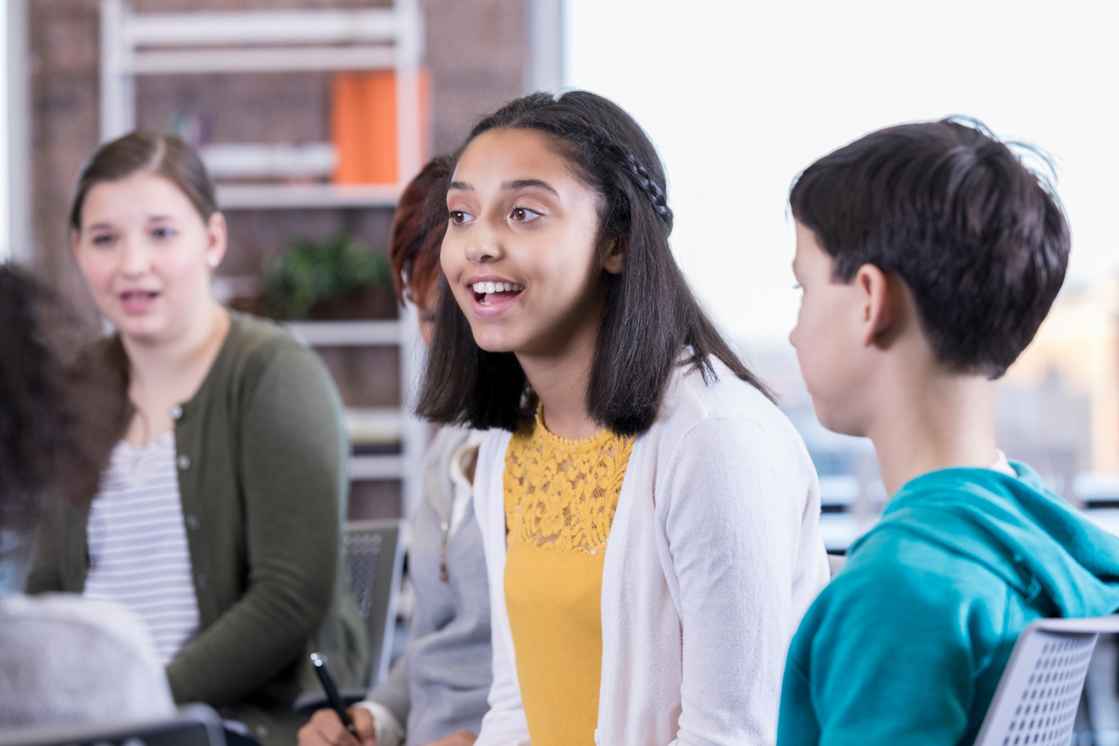 Middle schoolers practice a more advanced format of debate that includes more frequent interactions with opponents than elementary debate. Cross examination and refutation skills are a centerpiece of the curriculum, and games and activities supporting these skills keep students engaged and challenged.

Clubs for middle schoolers with at least two prior DebateAble sessions including at least one Middle School Club. Students explore multiple formats with a focus on Public Forum Debate. Lessons designed to prepare students for high school debate. Coaches challenge advanced students to continue to grow as thinkers and debaters.

What families and kids are saying about DebateAble Online Clubs:

"The coaches are great and the club teaches important speaking skills. The topics are interesting too!"

"I liked that it helped my child think through things methodically, specifically teaching logical fallacies, teamwork, excellent feedback and pushing kids to use evidence to support their thinking."

"She's made progress in critical thinking, how to prepare an argument, and become more confident in her public speaking."

"Thanks for all the work you are doing with this program. It has probably been the most positive, intellectually challenging experience he has had all year."

"I really like this club and I LOOOOOOOVE the coaches!"

"I love the arguments and I'm learning so much. It's fun to debate people outside of my own family."

"My favorite thing is doing practice debates with the other kids in the club."

"One thing I like about this club is that we learn while we have so much fun. I used to think I wouldn't like debate but now I love it!"

"I learned how to argue for a claim, no matter if I agree or disagree with it."

"What I like about debate is the games we play. And my coach. He's the best!"

Sign up for our Newsletter to get all the latest on DebateAble and debate for kids!
50%

Let's get the conversation started!

Here are some of the questions people most frequently ask us:

Who is eligible to attend a DebateAble Club?

DebateAble has clubs for any child from third grade through middle school. The only clubs that require debate experience are the Advanced Clubs.

Which club should I sign up my elementary school child for, Multilevel or Advanced?

Tell me more about your national tournaments?

DebateAble's end of session tournaments are an opportunity for every 4-8 grade debater to participate in an ONLINE competition that includes up to 200 other DebateAble students from around the world. Family members are invited to sit in the audience of our unique online setting to watch their debaters demonstrate the argumentation and public speaking skills they've learned and practiced throughout the session.

Does it cost extra to participate in the tournament?

No, DebateAble tournaments are built into the program structure and included in the session tuition.

Do you offer private debate camps for groups of friends or classmates?

Yes! Private clubs are the same price as our regular clubs. Contact us for more information.

Take a look for yourself! Here is a short clip of some of our students practicing debate during their online debate club.

What should my child expect from Debate Club?

In Intro to Speech and Debate, young debaters focus on public speaking and debate fundamentals with multiple opportunities to present for one another.

In all other Clubs, the first half of the session debaters learn debate skills like public speaking, argumentation, refutation, critical thinking and more through lessons and games. During the second half of every session, debaters spend much of their time in debates, practicing the skills they've learned and creating affirmative and negative arguments in teams of two or three. Multilevel, Advanced and Middle School debaters participate in DebateAble's National Tournament at the conclusion of the session.

Advanced Clubs continue with the same basic structure as Multilevel but at an advanced degree of thinking, reasoning, debate concepts and format, etc.

Middle school debaters are taught a format that's similar to high school debate and discuss and argue topics that are relevant to their age group.

All students work collaboratively, and ideas and opinions are shared as they are encouraged to consider different perspectives on any issue.