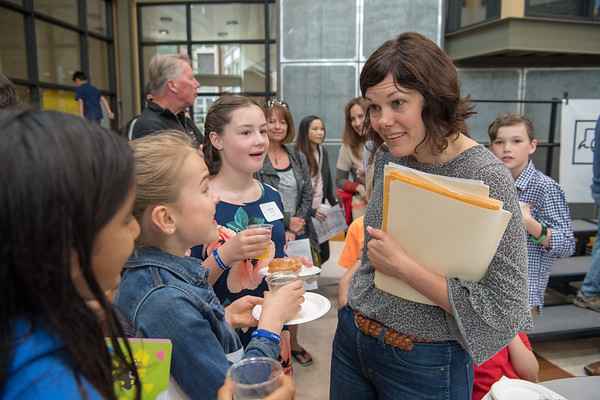 Abbie Shew is a PhD Candidate in Communications at the University of Washington and a Visiting Assistant Professor of Communications at the University of Puget Sound. In these positions, Abbie has taught courses on public speaking, public debate, argument, and persuasive writing. She also participated as a competitive debater throughout high school and college and has coached numerous high school and college debate teams. Abbie has worked with DebateAble for four years, teaching both online and in-person after school clubs. She has been an integral part of the teaching team for the DebateAble/UW elementary and middle school summer camps in 2019, 2020, and 2021.

Anna Caragio has been involved with speech and debate for six years, both actively competing and teaching. She's won numerous awards in debate, including almost every local tournament her senior year of high school and Second Top Speaker at the Cal National Debate Institute Summer Tournament. In 2018, Anna founded and instructed the middle school debate team at Galileo Stem Academy and is passionate about teaching critical thinking skills to youth. Anna attends California Polytechnic State University, furthering her education in Political Science and Statistics.

Avalyn Hine has been debating competitively for over seven years. In high school, she qualified for Nationals multiple years in a row in Lincoln Douglas, Congress, and extemporaneous speaking formats. Avalyn also received top speaker awards at many national circuit tournaments as well as bids to the Tournament of Champions. She is currently in her senior year at Gonzaga University, participating in policy debate while majoring in Philosophy and Economics.  Avalyn, who has coached for DebateAble since 2020, loves working with young people and has extensive experience as a tutor, nanny and  debate club camp lab leader. She emphasizes engagement and critical thinking in her lessons and is particularly skilled at teaching kids to dig deep to develop the reasoning that supports their arguments.

Cara Liu is a student at Columbia University with four years of experience in both competitive debate and teaching. She placed as one of the top four debaters at state tournaments for three years in a row and placed at every local tournament her junior and senior year. She previously started and ran her own summer debate camp for kids, focusing on the basic structures of debate as well as developing their public speaking skills. She deeply values the skills that come with debate, and has a passion for teaching debate to young people in order to inspire them to participate in high school debate and beyond.

Hannah Miller is a professional educator licensed in Elementary Education (K-6) and Culturally and Linguistically Diverse Education (K-12) and is thrilled to utilize her teaching skills with DebateAble.  As a 3rd grade teacher, Hannah pays special attention to critical thinking skills and is forever asking her students “Why?” and “How do you know?" She brings that same focus as a coach for Introduction to Speech and Debate, challenging and supporting her students at the same time. Hannah has a heart for teaching children to critically evaluate information and understand opposing viewpoints so they can create informed opinions that will impact the world around them.  She currently lives in Colorado with her husband and beautiful new baby and is excited to be a part of the awesome, online community of DebateAble Kids!

Laura Hutchinson has been an active supporter of DebateAble since she started judging tournaments in 2018. That experience inspired her to move into a coaching role, leading DebateAble clubs in 2020 and 2021. Laura has a background in health communication, with a particular passion for early learning, and she looks forward to continuing to do the good, elevating work of helping kids learn to be passionate, thoughtful and respectful communicators. In September 2021, Laura was hired as DebateAble's Program Manager.

Linda Sabee started coaching with DebateAble in April of 2022. As a former elementary and middle school teacher, Linda brings classroom expertise and management skills to the role of DebateAble coach. She also owned her own business for 20 years which provides her a set of life skills and perspective that enriches her coaching. Linda sings professionally and performs regularly in the Seattle area, loves cats and has two stinky beasts named Coco and Vlad. Linda looks forward to helping build a next generation of confident, respectful and engaged citizens!

Michele Tang is a Pomona College student with 4 years of debate and debate coaching experience, including teaching debate to elementary school kids. Her debate accomplishments include being ranked 2nd in Washington State by the National Speech and Debate Association (NSDA) in Policy Debate, ranked in the top 75 individual Policy debaters in the nation by the NSDA, and multiple Top 15 and Top 25 speaker awards in national circuit tournaments. She also received the first Academic All American Award (for academic and debate achievement) by recommendation of her high school debate coach. Michele is especially good at bringing her debate expertise to kids in a way that they understand and we're thrilled to have her on staff.

Olivia Bishop has competed in public speaking and debate activities for almost eight years including high school, where she competed nationally during her last two years in the formats policy, public forum, and world schools. Currently a senior at the University of Washington, Olivia studies philosophy and political science while participating in mock trial, a nationally competitive, academic team that competes against teams from Yale, Harvard, Berkeley, and more. Olivia has years of experience working with children and loves to watch her debate students grow into their confidence and find their individual voices. She finds herself inspired by her students and hopes to inspire them in return

Reese Haley has six years of experience debating in middle and high school, including three years in the Idaho tournament bracket. She's won numerous awards in public speaking and qualified for the 2020 Idaho State Debate Tournament before its cancellation due to Covid. Reese founded and coached her own debate camps for elementary and middle school students, teaching beginning and intermediate debate skills. In addition, Reese has several years experience working with children as a private nanny and daycare. She is passionate about teaching debate to kids and is committed to creating an engaging, educational, and fun environment for all DebateAble students!

Zoë Chaira has coached elementary and middle school debate since 2010.  She was a nationally ranked high school debater, winning multiple debate tournaments as well as placing first in individual events such as Dramatic Interpretation and Oratorical Interpretation. Zoe graduated from The American Academy of Dramatic Arts in 2015, and her experience working with kids includes directing children’s theater and improv classes. She most recently designed a H.Y.P.E. (Helping Young People Excel) class specifically targeted to 3-5th graders to help build their confidence, compassion, and creativity through public speaking, narrative therapy and debate. Zoë loves all things dog, filling up the pages of her passport, practicing Jujitsu with her family, and getting back to her “kid" roots by reading comics or playing D&D.

Melanie Wienecke is an elementary teacher, biochemist, and park ranger from Colorado. She loves teaching, and especially enjoys sharing her love of science with people of all ages. Melanie has a BA in Biochemistry from Colorado College, a Graduate Diploma in Teaching from Victoria University of Wellington, New Zealand, and a Master of Arts in Education from the University of Southampton, England. She taught second grade in Fort Collins, Colorado, for five years while spending her summers working as a ranger in Yellowstone National Park. As a student, she participated in speech and debate throughout junior high, high school, and college. Melanie enjoys skiing, camping, hiking, cooking, and dancing.

Elizabeth Kruse is the founder and Director of DebateAble and has taught debate to elementary and middle school students since 2012. Elizabeth developed DebateAble's curriculum with the input of college and high school debaters and coaches, elementary school educators, DebateAble coaches- and kids! Elizabeth's favorite part of her job is coaching and working with young debaters. Those interactions fuel her and her team's curriculum updates and additions as they continue to discover vibrant ways to introduce children to debate and engage them in argumentation and critical thinking.